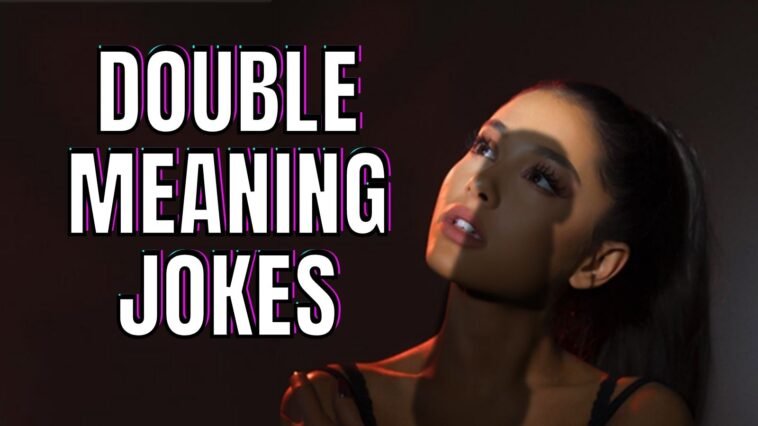 A relationship or friendship is a complicated business. After all, just because you care about someone doesn’t imply you agree with everything they do. There have been multiple instances when you would have liked to fill in the conversations. Sharing double meaning jokes with your boyfriend or girlfriend or just a friend, especially if you are separated by some significant distance might help you connect with them on a level and start dialogues that might have not been possible before.

Being involved in a conflict with another individual and having a sense of humor can make things a lot simpler. These dirty jokes are the ones that aren’t actually vulgar but are intended to make you feel like a complete freak for believing the punchline was sexual. You can understand these jokes in English even if you adult, no matter what stage you’re in. We can get through (nearly) anything by sharing a chuckle. Check out some of the dirtiest double meaning jokes below.

What do you call a girl with dirty knees?

What is the similarity between Physics and Sex?

Both may provide some practical outcomes, but that is not why we do it.

How can you postpone a sperm bank appointment?

Just pick up the phone and tell them that you can’t come.

Why Sex education in schools should be banned?

See everything is fine until the kids start receiving homework.

Guy: Do you mind if I buy you a drink?

Girl: I’m sorry, but I can’t drink because it hurts my legs.

Guy: Is it true that they swell?

Girl: No, I don’t think so. They began to spread.

Little Johnny in a letter to Santa: Please send me a sibling.

On a nudist beach, how do you detect the blind guy?

A 6-year-old kid was laughing at his mom’s ID card.

Kid: I can’t believe you are so bad in it that you failed.

How is pregnancy similar to success?

Everyone congratulates you, but no one knows how many times you were screwed in the process.

What is the difference between government taxes and your wife?

Five years on, the taxes will still suck you.

GF: No, sweetie, I’m looking for something huge and round.

BF: Are you serious? Do you want the whole roll?

“Dad, where did all of my brains come from?” a little child said of his father.

The father spoke up. “Well, I guess you got it from your mother because I still have mine.”

Little Johnny: Why is Santa Claus always so cheerful?

Friend: He knows where all the naughty ladies stay.

Who is the best goalkeeper in the world?

All women since they never allow balls to enter.

Girl: Why do men fart quite louder than women?

Girl: Because they have two speakers and a microphone.

What’s the difference between a water bottle and a pregnant woman?

You can actually unscrew the water bottle.

When do boys ask a girl for her hand?

When they’ve had enough of theirs!

Little Johnny to Sunny Leone: Ma’am you have a Mansion in Los Angeles, a yacht, multiple brand endorsements. What do you do?

Sunny: Not much. Just a ‘hole-sale’ business.

Do you know why Bikini was invented?

To separate the diary section from the meat section.

What starts with an ‘S’ and ends with a ‘K’ and you can’t enjoy it until you put it in your mouth?

What has to be rubbed again and again, round and round. The more you do it the better for you and for others?

What is the difference between your uncle’s jokes and his penis?

His jokes aren’t funny to anyone.

What’s the difference between a condom and your husband?

Condoms have progressed and are no longer as thick and insensitive.

Teacher: Give me the opposite of this sentence ‘Kids in back seats cause accidents.’

Student: Accidents in the backseat cause kids.

Wife: Do you want to try a new position tonight?

Husband: Sure, why not? Let’s see how it goes.

Wife: All right, I’ll sit on the couch and watch TV while you stand at the sink and wash the dishes.

If Women are similar to fruits with each having distinct terms of shape, size, aroma, and flavour, what’s the problem?

The problem is that men want fruit salad.

Why are women more talkative than men?

Because they have four lips.

Why are men smarter than women?

Because they have two heads.

BF: Does it hurt?

BF: Let me put it in slowly.

Which two things in the air can get a woman pregnant?

As per scientists, her legs.

We hope you liked these Double meaning jokes for adults. Let us know in the comment section below. 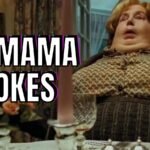 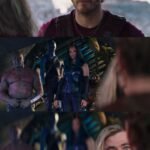