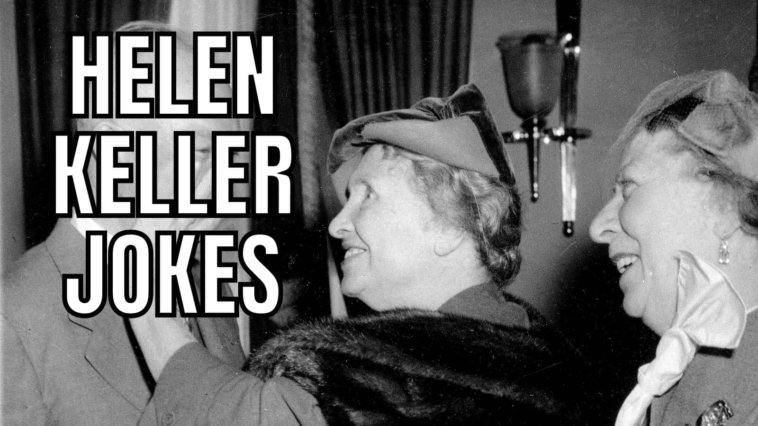 People usually crack jokes in which they need to spend less on building and motivating characters while spending more on punching. Relying on celebrities like racial stereotypes and Helen Keller makes “setup” very easy and attractive. It’s not worth explaining the setup, so if the audience doesn’t know who she is and how her life has lived, you’ll need to drop Helen Keller jokes. Meanwhile, it’s so funny when your audience just “understands it”.

So why is Helen Keller famous? Well, Helen Keller fought for the rights of women and also for the rights of people with disabilities, especially people in the deaf community. She was also an inspiration to countless people day in, and day out. She faced so many obstacles but refused to let anything stop her from living the life that she wanted for herself. Born in 1880 in the state of Alabama, unfortunately, when Helen Keller was just a year and a half old, she got very sick which made her both deaf and blind. She had a very confusing and frustrating life since she had trouble communicating without the ability to see or hear.

No one knew how to help her but that changed just before Helen Keller turned 7 years old. In 1887, a teacher named Anne Sullivan came to help Helen Keller. She taught young Helen how to communicate. Sullivan used to be blind as well though she had surgery that allowed her to see again so she understood a little bit where Helen Keller was coming from. She was patient with Helen and taught her not only how to communicate but also taught her how to read books using braille. This opened up a whole new world to Helen Keller. The duo remained close friends for 49 years. Thanks to Ann Sullivan’s teaching and Helen Keller’s hard work and study as a young woman she was accepted into a university. Helen Keller studied at Radcliffe college she became the first deaf-blind person to receive a bachelor of arts degree.

Now that we have learnt something about Helen Keller, let’s check out the jokes.

Who is Helen Keller?

A source of inspiration and hope in her time while a source of bad jokes in Internet time.

What was the scariest thing Helen Keller ever read?

Did you know Helen Keller had a swing set?

Why did Helen Keller have holes in her face?

She ate with a fork.

What is the most awkward moment when Helen Keller is playing Pin the tail on the donkey?

Her friends aren’t sure whether to blindfold her.

What happened when Helen Keller ran away from home?

She got lost in the backyard.

Who invented the phrase “once you go black you never go back?”

Why did Helen Keller break up with her boyfriend?

She couldn’t see things working out.

Why was Helen Keller slurring her fingers?

Why was Helen Keller into LSD?

Because she heard from someone that LSD makes you see thing.

Cop: Do you know how fast you were going back there?

Helen Keller: Honestly I didn’t even know I was in a car.

Why can’t Helen Keller jump out of an airplane?

It scares the shit out of her dog.

How did Helen Keller try to kill the bird?

She threw it off a cliff.

Which mail does Helen Keller use to connect with her friends and family?

Why did the others think that Helen Keller was a rude baby?

Why does Helen Keller hate winters?

Her hands get so cold that she can barely speak.

Why made Helen Keller angry?

Someone suggested she look at the bright side of things.

Why was Helen Keller late to reach home after school?

She didn’t hear the bell ring.

Why did Helen Keller didn’t make the football team?

Apparently, ‘blind side’ doesn’t mean what she thought it did.

Why do people get offended by Helen Keller jokes?

In fact, Helen Keller wouldn’t know if someone cracked it in front of her.

How do you mess with Helen Keller?

Superglue doorknobs all over the walls.

Why was Helen a rebellious kid?

She didn’t hear a word her parents told her.

What type of parties did Helen Keller organise?

Why was Helen Keller arrested for sexual assault?

She was trying to read somebody’s body language.

Interviewer: Helen, can you describe your friends in a word?

What would John Cena say to Helen Keller?

You can’t see me!

What is Helen Keller favorite’s day?

Why was Helen Keller’s life like a box of chocolates?

What does Helen Keller call the closet?

Why did Helen Keller only wear skirts on dates?

So that other deaf men could read her lips.

Who never cheated in the game Heads up, seven up?

What did Helen Keller say when she was given a cheese grater?

“This is the most violent book I’ve ever read.”

Why did Helen Keller burn her face with an iron?

Because the phone rang.

Why did she burn it a second time?

Why did Helen Keller never show up for court hearings?

She lost her hearing.

What do you call Helen Keller’s deaf dog?

It makes no difference; it can’t hear you anyway.

Why did Helen Keller like to date guys with herpes?

So she could jerk them off in braille.

Why can’t Helen Keller have babies?

Has anyone here actually read any of Helen Keller’s writings?

My favourite is the last one “around the house in 80 days.”

How do you mess with Helen Keller?

Put her in a round room and tell her to sit in the corner.

Reading her own lips.

She could communicate with dead people. They even made a movie about it called The Fourth Sense.

How did Helen Keller know something bad was about to happen?

She could feel it while reading a book to her family.

What’s the best way to get back at Hellen Keller?

Go over to her house and move all the furniture around.

What are your expectations from a Helen Keller movie?

Why did Helen Keller not get the joke about the fishes?

Because she didn’t have aqueous humor.

What was the first thing Hellen Keller noticed at the beach?

Why does Helen Keller hate porcupines?

They’re painful to look at.

Why was Helen Keller so good at golf?

She was a 2 handicap.

What do you get when you cross Helen Keller and a Zebra?

The new book about Helen Keller is absolutely incredible!

The audio book is absolutely unintelligible though.

Why was Helen Keller an atheist?

She only believed what she saw.

Why does everyone enjoy having Helen Keller at bondage parties?

She can never say the safe word.

Helen Keller once farted during a lecture on genetic hearing loss…

The science in the room was deafening.

When does Helen Keller know to stop wiping?

Got better Helen Keller jokes? Let us know in the comment section below! 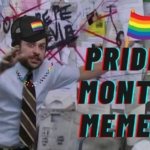 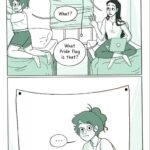