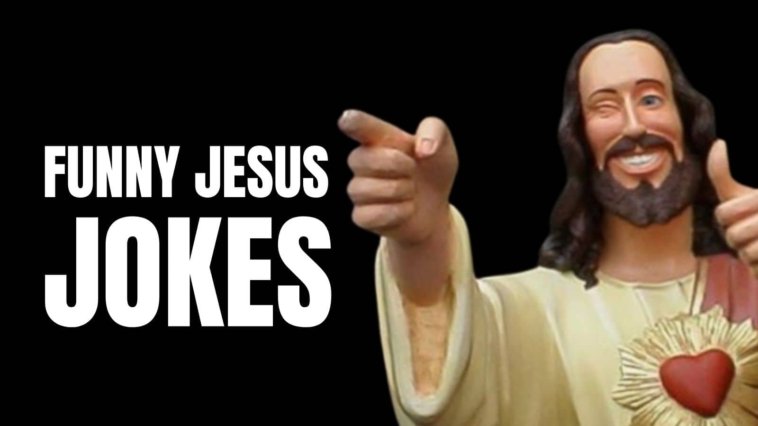 We are no theologians, but if we had to estimate whether or not Jesus was ever outright humorous, we’d say he was. He was, we are informed, entirely human; humans are hilarious; it seems a plausible assumption that Jesus might be quite the crack-up every now and then. Especially given that his whole ministry included talking with people—which, of course, requires at least some humor. It seems like a straightforward enough request to say that Jesus was sometimes humorous.

Anyway, we understand that many people are uncomfortable with the thought that Jesus was ever funny. That makes logic as well. Perhaps the Lord’s predilection for humor was a human trait that he just chose not to adopt for himself. Also, we know it is not appropriate to make jokes about Jesus or any other religious figure. Jesus is a central figure in Christianity and is revered by many people as a savior and a model of compassion and love. Making jokes about Jesus or any other religious figure can be offensive and disrespectful to people who hold those figures in high regard. So be careful before sharing these Jesus jokes with friends and family.

Three things Christ promises he will never do: Won’t leave you broken-hearted (Psalm 147:3), won’t reject you (John 6:37), and won’t leave you nor forsake you (Hebrews 13:5).
So in essence, Jesus is…never gonna give you up, never gonna let you down, never gonna run around and desert you.

Why was the night Jesus was born so quiet?
Mary was giving Joseph the silent treatment for not booking a room in advance.

What sport did Jesus play?
Lacrosse.

Do you know why the gates of heaven are always left open?
Cause Jesus was born in a barn.

Knock, knock.
(Who’s there?)
Jesus Christ, I’m come here to save you.
(Save me from what?)
From whatever I’m gonna to do you if you don’t let me in.

Did you know that the Black Panther movie is talked about in the Bible?
Yes. When Jesus was able to Wakanda water.

Yo mama so tall, she did a backflip and kicked Jesus in the eye.

If Mary gave birth to Jesus and Jesus is the lamb of God…
Did Mary have a little lamb?

What did the Tibetan monk say when he saw the face of Jesus in a tub of margarine?
“I can’t believe it’s not Buddha.”

What kind of car does Jesus drive?
A Christler. Oh no. He drove a Honda. But he didn’t like talking about it.
John 12:49:
For I did not speak of my own Accord.

Did you know that Jesus was actually crucified for starting fires everywhere?
He died for arsons.

Why did Jesus call so many fishermen to become apostles?
He was always looking for a net prophet.

Why was Jesus so pale?
Cos tan is a sin.

If Christ were alive today, how do you know he’d have a huge retirement account?
Because Jesus saves.

What do Jesus, Columbus, Washington, Lincoln, and MLK have in common?
They were all born on holidays.

Why can’t Jesus work in a kitchen?
Because of cross contamination.

Did you know that Mary became rich after giving birth to Jesus?
She made a prophet!

Jesus and the Devil have a competition.
The Devil had had enough of Jesus being in the spotlight for so long. He challenged Jesus to compose the longest tale on Microsoft Word and win. Jesus agrees, and they begin.
After hours and hours of feverish typing, the power goes out. The Devil is enraged, but Jesus remains calm. As soon as the power is restored, he restarts his computer and loses all of his work, only to see Jesus calmly typing from where he left off. Lucifer is furious, accusing Jesus of being a liar, before God intervenes and declares Jesus the victor.
What is the moral of the story? Jesus saves.

Why did the Red Cross not allow Jesus and Muhammad to volunteer?
It’s a non-prophet organization.

What was the name of the place Jesus went to exercise?
Jehova’s Fitness.

Yo mama so fat, when Jesus said let there be light he asked her to move out of the way!

What was Jesus’ favorite type of ham?
Bethle-ham.

Why is Jesus not so great at video games?
He takes 3 days to respawn.

Jesus and his disciples walk into a restaurant.
Jesus: A table for 26, please.
Headwaiter: But there’s only . . . um, 13 of you.
Jesus: Yeah, we’re all going to sit on the same side.

What do a glass of water and an Atheist have in common?
Jesus can make them both wine.

Do you know how we know Jesus was Jewish?
He lived with his parents until he was 30. He worked for his father. His mother treated him like a god. And he still thinks his mother was a virgin.

Jesus opened a brewery. Do you know what he called it?
HeBrew.

Why didn’t Jesus walk on water after his resurrection?
It’s a hell of a lot harder to with holes in your feet.

What do floppy disks and Jesus have in common?
They both died to become the icons of saving.

Why do we color Easter eggs?
Because Jesus dyed for your sins.

What direction did Jesus go when he rose?
Gotta assume East, otherwise we would be celebrating Wester.

What did Jesus say when he rose from the dead on Easter Sunday?
April Fools!

Aliens come to Earth. They arrive in peace and, surprisingly, speak English.
Obviously, all of the heads of government and religious leaders want to talk with the aliens, so a meeting with our new visitors is scheduled. When it is time for the Pope to speak, he asks, “Do you know about our Lord and Savior Jesus Christ?”
“You mean JC?” the alien asks. “Of course, we are familiar with him. Isn’t he the greatest ever? Every year, he pays us a visit to see that we are doing well “.
Surprised, the Pope responds: “He comes every year?! We’ve been waiting for his SECOND coming for nearly two millennia!”
The alien sees that the pope has become irate at this fact and starts trying to rationalize, “Maybe he likes our chocolate better than yours?”
The pope retorts, “Chocolates? What are you talking about? What does that have to do with anything?”
The alien says, “Yea when he first visited our planet we gave him a huge box of chocolates! Why? What did you guys do?”

Why do Japanese Christians offer rice wine to Jesus?
For christ’s sake.

Have you heard about the Baby Jesus phone plan?
It has immaculate reception.

How do you exclude a Christian?
Include everybody like Jesus would do.

Do you know why Jesus loves Donuts?
Because they’re not self-centered.

Why was Jesus allowed to join two frats?
Because he’s both Alpha and Omega.

A Catholic met an Asian guy at a party and asked him, “Are you Chris Chen?”
He said: No, my name is Daniel. Do all Asian guys look the same to you?
Catholic: No. I meant, do you accept Jesus as your Lord and Savior?

What were Jesus Christ’s pronouns?
He/Hymn.

Why does Jesus rise?
Because his body was made out of bread.

How did Jesus pay for our sins
He used praypal.

How did Mary and Joseph know baby Jesus was 6 pounds 8 ounces?
A weigh in the manger.

Why does Jesus stay on the other side of the road?
He’s afraid to get across.

Why isn’t Jesus kosher for Passover?
Because he’s risen.

What does Jesus call his protein shake?
ChristMass.

A man was leaving the grocery store when he tripped and fell into a puddle. “Jesus Christ, God Almighty!” he exclaimed. At the same moment, a priest was nearby and said “What did you say?”
The man responded, “Cheese and rice, got all muddy!”

Where did Jesus go to college?
Bless U.

What’s the difference between Jesus and Mexicans?
Jesus doesn’t have any tattoos of Mexicans.

What happened when Jesus got his first coupon book?
He became Christ the redeemer.

Why does Jesus wash his apostles’ feet?
So he can cleanse their soles.

How did Jesus get over the gap?
He took a leap of faith.

What happened when Christ dropped rice on the floor?
Jesus swept.

Can you imagine Jesus doing a crossword puzzle?
And getting stuck on 2 across.

What’s the difference between Jesus and the painting of Jesus?
The painting only takes one nail to hang up. 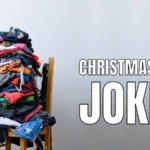 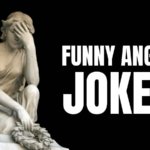